Its been a very busy couple of months already, there’s lots of stuff going on and we haven’t kept much record of it, as fast and big changes bring lots of things to do and little time to tell. So, here is a short summary of the stuff that’s been going on in and around The ReAktion lately.

We have left Vancouver for a while, came back to Chile for some months to finish the recording of the album (only vocals and some samples to go), before Garth gets his hands on it again to mix and master. We had a blast up there, and we can’t be more happy and thankful for the great people we met and the awesomemoments we had together. Since plane fares are a bit too much for nomad pockets, we sent most of our gear on a ship at the end of August, and we just received our stuff back a couple of days ago. On the right you can see Leo with a nice “I’m glad its all in one piece” look on his face.

During our time here, we will keep playing shows and working on our live performance. We have some wicked visuals coming up, hand-made by Leo himself, and we’re looking to work with some very talented guys on amazing visual effects.

And speaking of shows, we have some great gigs coming up. This next Sunday October 27th, we will be playing at the 2013 edition of RUTHLESS FESTIVAL, where we’ll be sharing the stage with some awesome chilean bands like Aneurisma, Rama, Boa, Testigo, All Tomorrows and many more. Also, on November 2nd we will be playing with Cleaver at Rockaxis Pub, one of the best rock bars just opened in Santiago. Keep your eyes peeled for more dates, or just follow our tour updates

Finally, we had a very exciting visit last Sunday. Sid Wilson (#0, Slipknot) came for a couple of days to meet us and work with us on a song. He had just headlined Monsters of Rock in Brazil, took a days of with his awesome girl Tita and they came down for a short visit. We had an awesome couple of days, fed them some nice chilean seafood and had a great party/production session with him, going over one of the songs for our new album. Our best wishes for Sid on the next part of their tour!!

That’s it for now guys, we’ll keep you posted about new stuff soon! Thank you for following us and keep in mind that “the more you are motivated by love, the more fearless and free your action will be” (Dalai Lama)

Its been a very busy couple of months already, there’s lots of stuff going on and we haven’t kept much record of it, as fast and big changes bring lots of things to do and little time to tell. 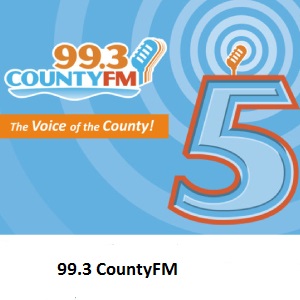 Copyright 2021 The ReAktion | All Rights Reserved.